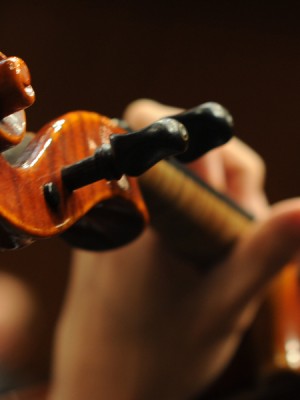 Music is my everything! In addition to being my profession, it’s my full-time companion.

Flávia Motta began her musical studies at the age of seven in her hometown, Juiz de Fora. She has studied with Jadenir Lacorte, Jairo Diniz, Alexandre Razera and Marco Lavigne – the latter parallel to her Viola Bachelor course at UniRio. In 1999, she was the winner of the Paulo Bosísio Young Soloists Competition.

She has been a member of the Orquesta de Jóvenes Latinoamericanos and performed as a guest musician with Orquestra Sinfônica Simón Bolívar. Between 2006 and 2010, Flávia toured Europe and the United States with the Schleswig-Holstein Music Festival Orchestra, of which she was a member for two consecutive years.