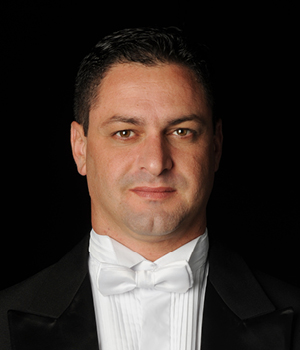 Gilberto Paganini was born in the city of São Paulo. He began his studies in violin with Darlei Alves Freire, soon joining the São Paulo Music School under the supervision of Cecilia Guida. Paganini studied violin and viola with Elisa Fukuda, who was his main teacher from 2001 to 2010. In 2011 he began taking lessons with Horace Schaefer.

As a violinist, he joined the São Paulo Symphony Youth Orchestra, Experimental Repertoire Orchestra, Santos and Santo André symphonies – in these last two orchestras he was the Principal Second Violin. Paganini also performed with the University of São Paulo Chamber Orchestra and the Fukuda Camerata. In 2010 he became a professional viola player.

He has performed as a soloist with the University of São Paulo Chamber Orchestra, Santos Symphony, and Fukuda Camerata. In 2008 he took part in a Brazilian Philharmonic Orchestra tour that included performances in twenty-seven cities. The performances were held at major universities and concert halls throughout the United States.