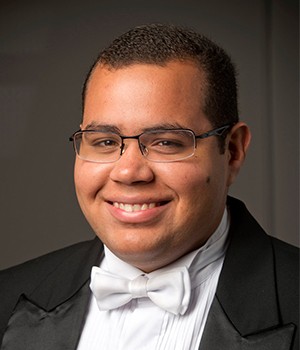 Lucas Barros was born into a family of musicians. He started playing the violin and the oboe with the guidance of his uncles and, at the age of nine, decided to devote himself to the cello, having classes with Antonio Viola from the Minas Gerais State University. Two years later, Lucas became a student of Fabio Presgrave, at the São Brás do Suaçuí School of Music. He has also been tutored by his uncle Eliseu Barros, violin professor at the Federal University of Minas Gerais, and holds a Bachelor’s degree in Cello from the Federal University of Rio Grande do Norte.

Throughout his career, Lucas has appeared at several festivals, such as Campos do Jordão International, Música nas Montanhas and Villa-Lobos. He has also performed as a soloist with the Philharmonic and Symphonic orchestras of Minas Gerais, Goiás Philharmonic, UFRN Symphony and Sesiminas Chamber Orchestra, among others. He also presented at the BNDES concert season in Rio de Janeiro.

He has been awarded with many prizes, such as first prize at the David Popper VI International Cello Competition (Hungary – 2015); second overall place and the Nanny Devos prize for the best-placed Brazilian in the Rio International Cello Encounter (2013); first place in the Competition for Young Soloists of the Minas Gerais Symphony (2010 and 2011). In 2015, he won the competition promoted by the Brazilian Mozarteum, which awarded him a year at the Deutsches Symphonie-Orchester Berlin Academy, where he studied with Matias de Oliveira Pinto, Mathias Donderer and Fabio Presgrave.