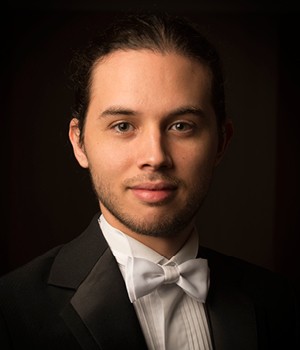 Matheus Braga was born in Taubaté, in the state of São Paulo. There, at the age of eleven, he began his studies at the School of Arts Maestro Fêgo Camargo, under the guidance of Geza Kiszely. In 2006 he moved to the city of São Paulo in order to join the Orquestra Experimental de Repertório [Experimental Repertoire Orchestra], and develop his music abilities with the violinist Claudio Micheletti. He took masterclasses with Kristóf Barati, Nicolas Koeckert, Levon Ambartsumian, Fanny Clamagirand, Elisa Fukuda, Ole Bohn, Paulo Bosísio, Alejandro Drago, among others.

In 2009 Matheus Braga was a finalist in the 13th Paulo Bosísio National String Competition.