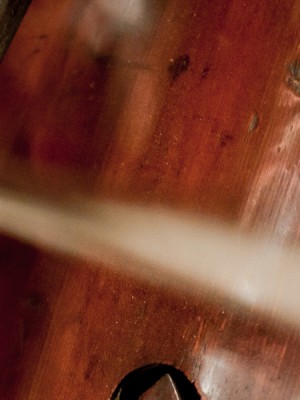 Neto Bellotto was born in Bragança Paulista, where he began studying music as a child. His passion for the double bass came at the age of fourteen, when he started his studies under Fabio Calzavara Junior. Later, he entered Universidade Livre de Música in São Paulo and started working with the Symphonic Orchestra of Bragança Paulista. In 2005, he performed with the Youth Orchestra of Atibaia, also in São Paulo, as the Principal Double bass and as a soloist, having received the Featured Musician award.

In 2006, he left his hometown to carry his studies in São Paulo, becoming the Principal Double bass at Heliópolis Symphonic Orchestra. During this time, he collaborated with renowned artists and attended several masterclasses. He has also participated in many festivals, having been invited to perform as a soloist in several of them.

At Osesp Music Academy, Nilson has studied under Ana Valéria Poles, with whom he has performed in concerts conducted by Gabor Ötvös, Fabio Mechetti, Dante Anzolini, Frank Shipway and Yan Pascal Tortelier. Currently, he continues to improve his skills in São Paulo under renowned bassist Pedro Gadelha.