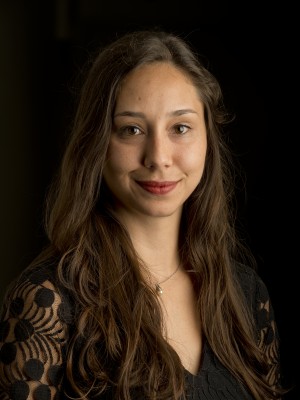 Laura von Atzingen began her violin studies at the age of 3 at the Instrumentalist Training School of Sesiminas, with teacher Luciene Vilani. In 2002, she became a student of the violinist Edson Queiroz in extension classes at the School of Music at the University of Minas Gerais (UFMG). In 2013, she graduated from the UFMG obtaining a bachelor’s degree in violin. She participated in various music Brazilian festivals such as the International Winter Festival of Campos do Jordão; Curitiba Music Workshop; Festival of Santa Catarina (FEMUSC) and the Festival Junger Künstler Bayreuth in Germany.

In 2017 she completed her master’s degree at Duquesne University, USA, with Charles Stegeman. She was Spalla for the Duquesne Symphony Orchestra and resident member of Frances DeBroff Graduate String Quartet. At the age of 9, she performed the Concertino for violin from Ernest Mahle, with the Youth Orchestra of Sesiminas EFIC. In 2018, she performed as a soloist with the Chamber Orchestra of Sesiminas in the Festival of Juiz de Fora performing the Brazilian piece Desafio III by Marlos Nobre. She won the Young Soloist Competition 2011 of the Symphony Orchestra of UFMG and performed the Max Bruch Concerto in G Minor. In the same year, she won second place at the 14th National Competition for Strings Paulo Bosísio.

Laura was a member of the Sesiminas Chamber Orchestra and played as a substitute violinist with different orchestras, such as Westmoreland Symphony Orchestra and Wheeling Symphony.