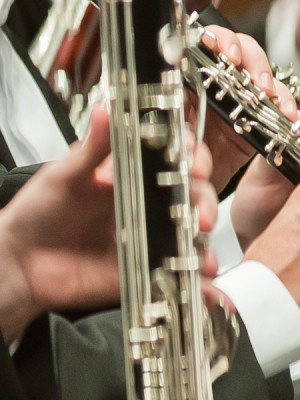 He was the winner of the Young Soloists contest at UFMG, 1997 and 1998 editions. During this period, he participated in several masterclasses with internationally renowned clarinetists like Wolfgang Meyer, Gudni Franzon, Sabine Meyer, Walter Boyenkens, Alan Damiens, Antonio Saiote, John Bruce Y-he, Maurita Mead and Walter Seyfarth.

In 2004, Ney obtained a Master’s degree in Music from UFMG. In the following year, he was selected as a fellow for Hannover Orchestralfestspiel. Between 2003 and 2007, he served as the First Clarinet of the orchestras Sinfônica de Minas Gerais and Experimental de Ouro Preto, and has been a guest musician with São Paulo State Symphony (Osesp) between 2005 and 2006.