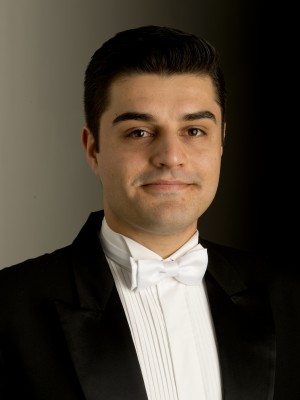 Wesley was born in São Paulo, where he started his studies at 11 years old with Renata Jaffé. Afterward, under his teacher’s guidance, he performed as a soloist in concert halls in São Paulo, Argentina, Italy and the United States. During these opportunities, he played Wieniawski’s Scherzo Tarantelle and Vivaldi’s Spring from The Four Seasons.

The violinist took part of several festivals in Brazil and also at the Pensacola Christian College Summer Camp, Florida (USA). As a winner at a contest where he played J. S. Bach’s Chaconne, Lima Prates earned a full scholarship for the Palm Beach Atlantic University Music Festival, also in Florida. In 2010, he won the Eleazar de Carvalho Foundation’s National Soloist Contest, performing the solo from Max Bruch’s Concerto nº 1 with Itu Philharmonic Orchestra. From 2013 to 2018, Wesley was a member of the São Paulo State Youth Orchestra and Santos Municipal Symphonic Orchestra, where he was a soloist performing Wieniawski’s Concerto nº 2 and Vivaldi’s Concerto for 4 violins. During this period, he received orientation from the violinists Cláudio Cruz, Maria Fernanda Krug, and Marcelo Soares.

Wesley is a bachelor in Music from Santos Metropolitan University.